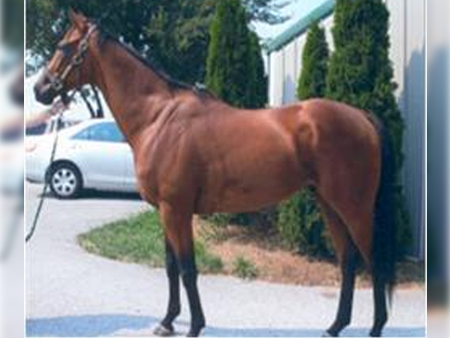 We have a three year old Stake Horse that had to be pulled off the track due to weight loss and digestive upset. He would only eat two or three bites of grain and picked at his hay. Being straight off the track you would expect this horse to be “hot” instead we were dealing with an underweight lethargic three year old with a dull hair coat. We had him on every kind of weight enhancer and digestive product along with giving him an ulcer treatment. Nothing seemed to help. After talking to a friend she told me about the BioZyme® products. We took this guy off all the supplements and fed him grain, hay and Vitalize®. Within ten days he was running and playing, even dragging me back and forth from his paddock. Something you would expect for a horse fresh off the track. After thirty days of rest and BioZyme® Vitalize he is now back into training and will hit the track soon. Thanks to the Amaferm® Quite Acceptable will be in the winner’s circle soon.